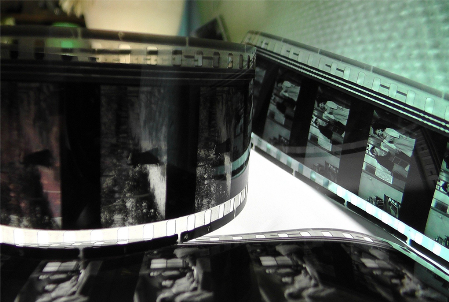 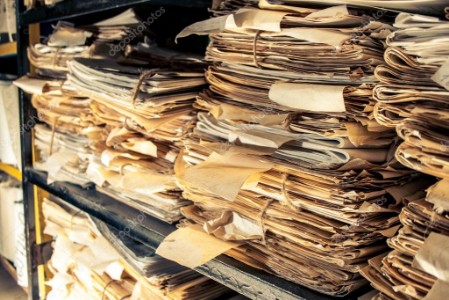 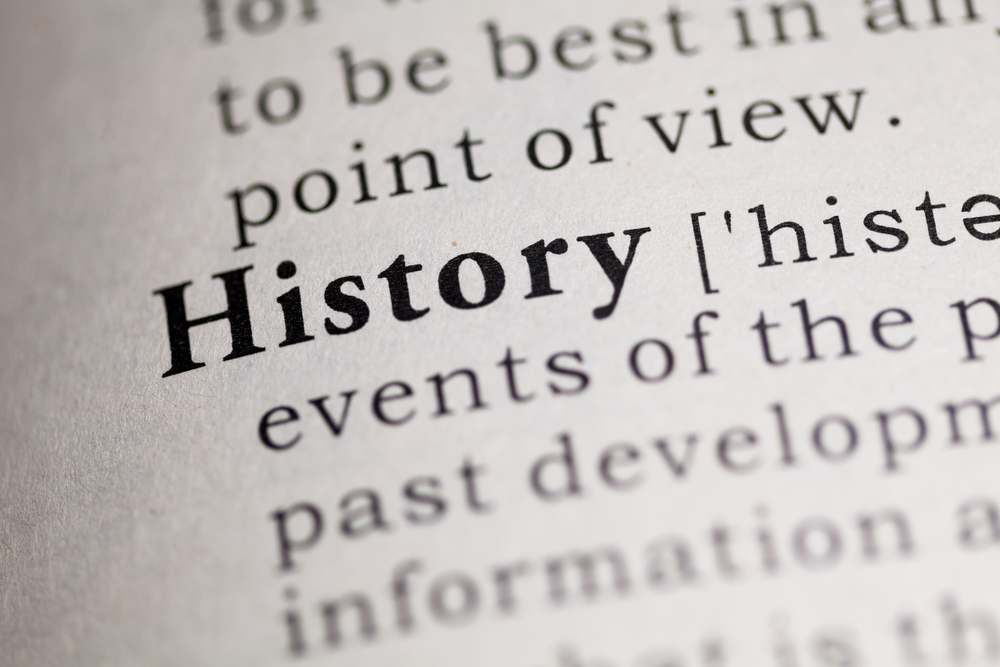 Our work for filmmakers
Fritz Bauer's Legacy – a reflection on the Nazi trials
A film by naked eye filmproduction
This film focuses on the yet unanswered question of why it took several decades for Fritz Bauer's opinion of the law to find its way into the German courts. He was of the opinion that a criminal regime was only able to operate because there were people who were prepared to commit heinous crimes and/or others who were willing to ignore mass murder.  Without such people the Nazi extermination camps would not have been possible. This applied to everyone who worked in the camps, regardless of their position in the military hierarchy, or whether or not they had themselves committed acts of brutality or murder.  To witness it was to be a part of it.
More than 40 years after the first German Auschwitz trials, in which Fritz Bauer was the General Attorney, the German legal system is only now following his approach. In the trial against John Demjanjuk in 2011, he was found guilty and sentenced to five years in prison, for having been an accessory to murder during the war.
This was the first time someone was successfully prosecuted on the basis of having been an accessory to the murderous Nazi regime.
The film covers all the trials held since 2011 and goes into much detail about one of the last of its kind, in 2015. That of Oskar Gröning – the accountant of Auschwitz.
Blatt & Bild contributed to the research for this film. We unearthed historic newspaper articles which reflected public reactions to the Auschwitz trials in the 1960s and scoured files from the picture agencies at Ullstein Bild, SZ-Photo and Picture Alliance. We also combed the collections of memorial sites at KZ Neuengamme and scoured through the vast collections of microfilms of national and regional German newspapers, at the State Library in Berlin.
We cleared the rights for all the material used in the film. 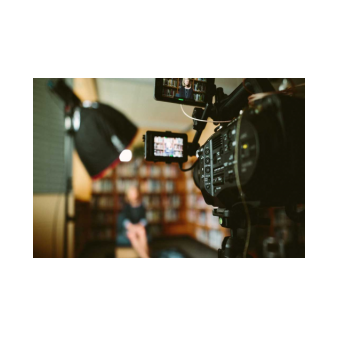 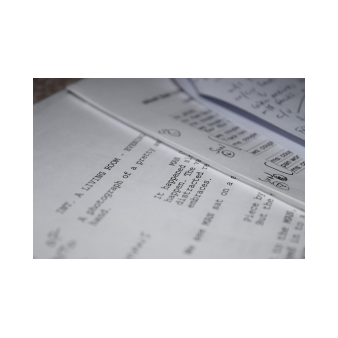 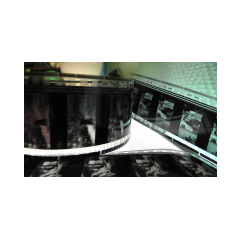 The Nazis and the money
A film by Gil Rabier
In June 1940 Hitler's tank troops launched surprise attacks on Holland, Belgium and France, with the sole purpose of taking control of Europe.
Germany had no financial resources, few raw materials, no oil and no foreign currency, so how did the Nazis succeed in their mission, without money and supported by a weak economy, to sustain the catastrophic effects of the Second World War?
Based on research carried out by the latest generation of historians, this film explores the economic, industrial and financial network behind the Third Reich. In particular, the film focuses on the key figures, largely forgotten by history - Hjalmar Schacht, Dr. Georg von Schnitzler, Fritz Sauckel and Erich Müller.
The film uses contemporary 3D animation and a combination of rarely seen archival material. It illustrates how the Nazis succeeded in anchoring their racist and violent beliefs, into all areas of the German economy, from national industries and agriculture, to small business owners and sole traders. The film shows how the Nazis created an economic model based on robbery and mass murder and convinced the German nation that they were morally justified to rule Europe.
For the animations, Blatt & Bild went to the Federal Archives.  There we uncovered the original technical drawings of the German ‘Tiger’ tanks, as well as documents from various Ministries of the Reich, including the aviation, agriculture and finance departments.
We also found several original German newspapers, in which the headlines screamed of ‘’huge economic successes in Europe’’ to the German nation. The successes they spoke about involved the mass exploitation of Soviet prisoners of war and the forced labourer of thousands of people across Europe. All are described with a shockingly cold administrative language. 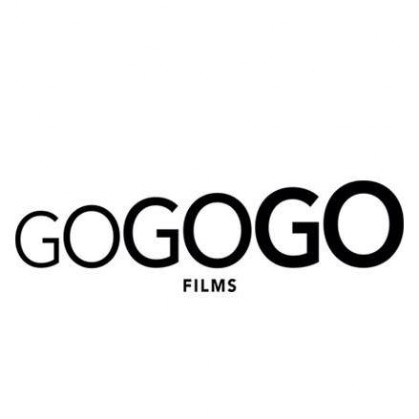 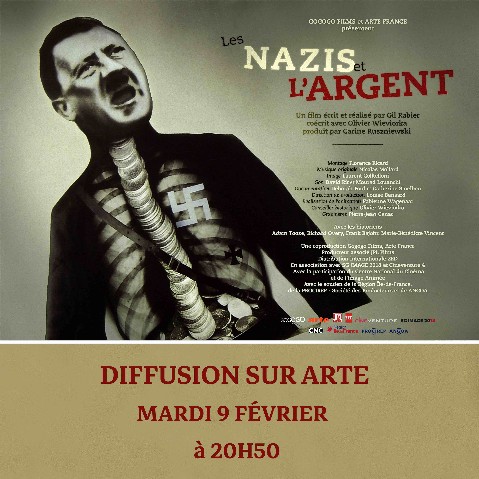 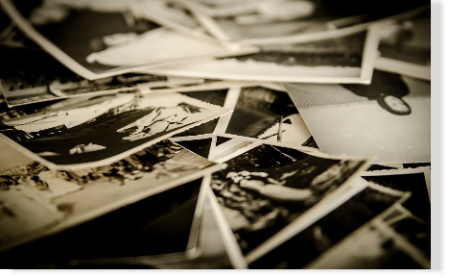 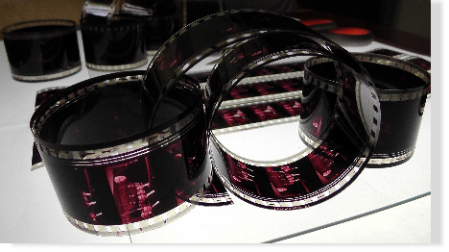 Hitler and Stalin - A pact with the devil
A film by  Michël Prazan
Siècle Productions made a 90 minute documentary about the intimate political relationship between Hitler and Stalin.  They covered the relationship from the early 1930s, through the second world war and up to the demise of Stalin in 1953 and highlighted the pact of non-aggression made between the two leaders in 1939.
The film was made up entirely of archive footage and the French documentary maker, Michael Prazan, needed our help finding archived documents, historic images and film footage from the pre-war era. We searched through numerous image agencies, including Ullstein, Getty, SZ-Photo, Archiv für Kunst und Geschichte (AKG) and Bildagentur bpk. We scoured the German Federal Archives and the Political Archives of the German Foreign Office.
Most of the photographs, film footage and documents we found were colourised and brought to life with modern software technologies and the documentary is due to be broadcast across France, on prime-time television, at the end of 2021.
Trailer "They liberated Paris"
Trailer "France during the German occupation" (French only)
France during the German occupation
Ils ont libéré Paris

En France à l‘heure allemande
A documentary by Serge de Sampigny, de Paris.
Blatt & Bild conducted the archive research for the photographic and film footage for this documentary, including the interview with Timo von Choltitz, the son of Dietrich von Choltitz,  the military governor of Paris, in August 1944.
We conducted extensive searches of diary records at the Bundesarchiv - Berlin, Bundesarchiv Militärarchiv Freiburg/Breisgau and Tagebucharchiv Emmendingen.
Our work for academics
British Library, Public Domain
Richard Travers, Macquarie University Sydney
German and Australian combat units in the Battle of Crete - Adversaries or brothers in arms?
The purpose of this PhD thesis is to examine the social structure of the Luftwaffe's Paratrooper Regiment 2, and other military units, involved in the fighting at Rethymnon, on Crete in May 1941.

The ultimate question is: were the men who fought at Rethymnon so different from one another, or were they quite similar?

Blatt & Bild conducted extensive research on reams of military service record books and dog-tag registers in the German Federal Archives, in Berlin. We were able to locate the required Wehrstammbücher by analysing the many different databases held at the Federal Archives.
“Thanks, Corinna.  I greatly appreciate the work you are doing”.
Richard Travers
German Historical Institute Paris
Where were German and French government offices in France during the German occupation?
This project by the German Historical Institute in Paris, produced an interactive online map, which  provided information about the location of the various offices and agencies.
Blatt & Bild was responsible for developing the database of information and historical photos. We also developed the online search tool, which was based on official German telephone directories and French administrative records. 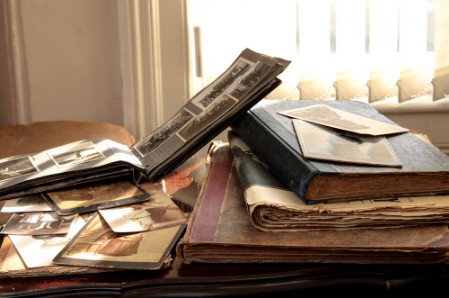 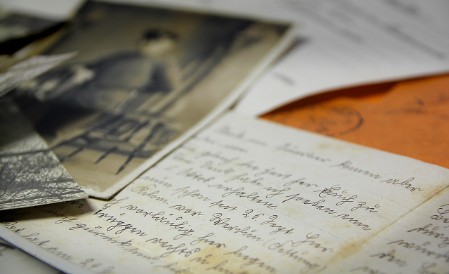 The  aim of this person-based research was to find witnesses still alive in order to find out how the population in various European countries  reacted to members of the German air force who had to bail out of their  aeroplane using a parachute or make an emergency landing.

This  archive work was followed by an interview with the former pilot Joachim  S., who was shot down over London in 1944 and had to exit his disabled  plane by parachute. The twenty-three year old was held by the British as  prisoner of war.
Our work for journalists 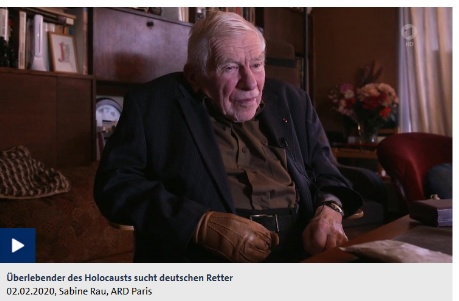 The Unknown Doctor
Research in collaboration with Sabine Rau, head of ARD Studio in Paris
Jacques Bloch is Jewish and a former French Resistance fighter.  He has spent over 70 years searching for the name of a German doctor.  Jacques was injured in battle and subsequently arrested by the Gestapo. He was taken to their prison in Montluçon and as he was being processed into the camp, one of the military doctors ordered that Jacques be treated for his injuries.  The doctor was immediately shot dead.
Jacques survived the camps and since the end of the war he has been desperately trying to find who this kind doctor was. He wishes to honour the doctor and hopes to be able to thank his family for the act of kindness that saved Jacque’s life.
In February 2020 ARD Studios aired a national appeal on Tagesthemen – the German equivalent to the BBC – but nobody came forward with the name of our doctor.  Since February Corinna von List has been supporting Sabine Rau, the head of ARD Studios in Paris, in the search for the Unknown Doctor.

Corinna is a specialist in unearthing files on the former members of the Wehrmacht and has many years of experience in the archives, libraries and War museums throughout Europe. She is currently analysing reams of documents, piles of German dog-tags and old photographs in the hunt for this kind, German military medic.

Unfortunately this project had to be put on hold, when the archives were closed due to the Coronavirus restrictions.
Marie-Laure Le Foulon, Paris
Ravensbrück Concentration Camp
Blatt & Bild conducted archive research for these two publications, in the National Archives, London, the records of the Paris Police Department, the archives of the City of Paris, the Val de Marne departmental archives (Fresnes prison), the documentation centre at Ravensbrück and at the Arolsen Archives.
Our work for private people
German military hospitals in Belgium during the First World War
Yannick Van Lierde
Belgium
The primary goal of this study was to identify anonymous soldiers, what their individual injuries were and to record what eventually happened to them. The secondary purpose was to establish a record of everyday life in German military hospitals during The First World War.
For this study Blatt & Bild accessed and analysed the extensive hospital registers, from the German military hospital in Geraardsbergen, which contain detailed information about the illnesses and injuries of all the soldiers who were treated there.
These hospital records formed the basis for Mr Van Lierde’s research.
‘’Thanks again for your valuable help in this case‘‘.
Yannick Van Lierde 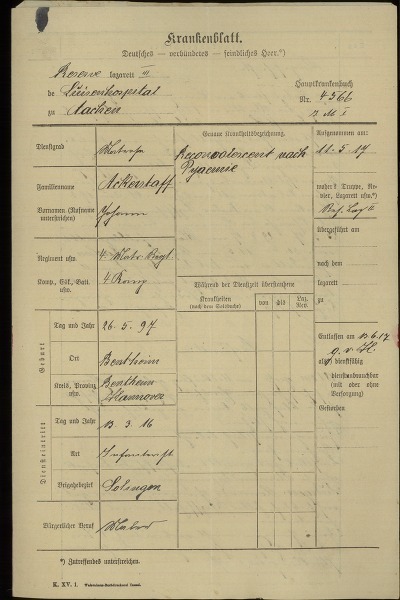